What do I mean with this bold statement?

I understand you might be thinking “Diosa, you cannot suddenly erase your memory!”.. Or something like that.

You are right, because you really can’t (unless you do something dangerous to your head).

What I mean is that when you decide to not love yourself anymore you are ignoring a side of you. You are turning your back to the good things about you that make you great.

The perception suddenly shifts into accommodating your dark identity. You no longer recognize what is true or what is false about yourself.

Turning your back to someone, even worse if to yourself, is surrendering to anger and negativity.

You start building walls so high that you get lost in your own device.

Doubt creeps slowly like a stealthy snake, and its skin releases some kind of poison that makes you see things that aren’t exactly true.

You try to make up stories and mockery on your talents and potential, convincing that it was all an illusion.

Own beliefs of being able to achieve much more than you thought you “deserve” makes you feel like a fool.

“How could I thought I was even that good?”

When you stop loving yourself you see everything good around you as mere luck or other’s doing rather than yours.

It’s a dark place that most of us go back and forth at some point in our lives. It happens more often than not, too often in my opinion!

Most of the times we have been pushed into this situation by others, from people close to us to total strangers.

Nobody seems to be safe! The only way to be safe is..

Holding on to knowing who we are

Owning the fact that we can mess up sometimes yet acknowledging we can fix it or turn things around. 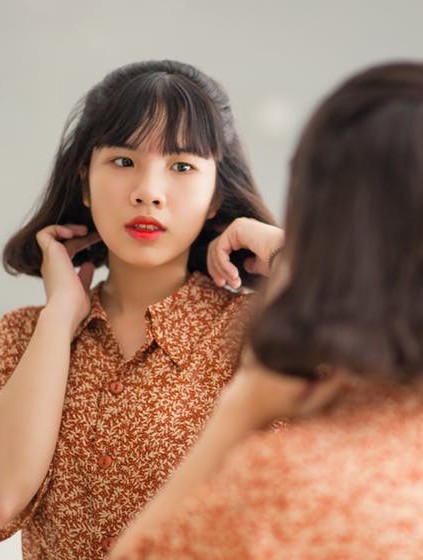 Knowing that we have the right to go through failures and yet not giving up despite the embarrassment or the initial pain.

You will never get rid of doubt, it’s part of human nature!

I believe that Doubt is a survival mechanism, rather than a burden to carry that we shouldn’t even have.

Without Doubt, we don’t give ourselves the space to make sure things are right or question if something missing.

Therefore I can say that without Doubt, we wouldn’t have made it this long! (the game of words wasn’t intended!).

People may challenge you about yourself, either framing you into a wrong idea or just calling you something you are not.

In response of that some might retaliate defiantly with anger, exchanging strong words and ready to maul if needed.

But others might get into a state of shock, then feel like if they’ve been knocked down and then getting into self-destruction mode.

I know it so well, recently I’ve been put into that situation twice in a row by two people I considered friends..

Recently I’ve had two people calling me something I know I am not.

The first friend didn’t understand my point of view, and instead of asking further questions of my way of thinking she proceeded to tell me that ‘I was judgmental’.

I believe that when someone calls you names or insults you she/he has already lost/failed. Respect is gone.

She also stuck me with something that made me think a lot:

“You are taking it too personal”

We were discussing something that was about motherhood, a subject that is close to my heart and also it’s my niche.

After a lot of thinking and asking myself (and beating myself) I came to a conclusion:

When you are passionate about something you cannot not take it too personal.

But it’s easier to mock, insult and call names when someone doesn’t agree your way of thinking. Yet it doesn’t make you look smarter nor taller, pretty much the contrary.

When someone doesn’t agree with us we need to understand that they have the right to have an opinion.

The best thing to do for both you and that person is to walk away! Focus on something more important to invest your energy with.

I still talk to that friend, I think she has a lot of good to give but also I am no longer available for people’s BS.

You either respect me or I’ll call forth the mama-bear inside!

Life is too short, choose your battles wisely and use your energy for the good.

Being a target for insecurities

My second “friend” is someone that I didn’t speak much at lately, mostly because I became busier and so she was too.

I was feeling down with my first friend that when the second friend asked about things I kinda poured my frustration at her.

Maybe I shouldn’t have done it but I was upset and desperate for someone to listen me out.

She went very quiet and told me that being honest with me she believed I was being selfish.  Then she said things like that our relationship was one sided!

She explained (accused) I didn’t ask about her lately and that every time we talked it was always about my own problems. More than angry she sounded frustrated and stressed.

I went to check my phone in doubt of myself, and saw that she wasn’t right. In fact I contacted twice asking about her life before this last time.

Because she was accusing me of stuff (and I was pretty much hurt from the other friend too) I started to doubt myself.

I was asking myself if I was really that selfish?

Not only I was dealing with some impostor syndrome in my business.. Now was with Doubt imposed by two external sources!

You cannot control other people’s emotions and you cannot force them to feel something they don’t want to. Still, you can choose what to do next.

I apologised my “friend” for making her feel that way even though wasn’t my intention. Also I told her that I had no idea she wanted me to keep in touch more often.

Despite the apology she proceeded to go on with vilifying me “you are this and you are that”..

I don’t know you but.. One of the things I hate most is when someone chases me around shouting/ranting at me!

It’s even worse when I already apologised and/or made clear that I needed some space/time to think.

So I didn’t answer.

The need of silence to put order in the chaos inside me was so strong.

I was breaking down and questioning what was I doing wrong or if all this was worth the trouble.

I had dinner, brushed my teeth and went to sleep.

Then woke up to my toddler’s poking game on my face (he’s doing that recently) and we went all for breakfast.

Not even 15h passed that I received another message of her asking for attention. I reached to a conclusion:

Some people need a target for their own frustration and delights on other’s submission and pity. When they don’t get the attention they ask for they feel insulted.

The best decision I came up with is to stay away from negative people.

I have my own mistakes but I’m first to admit them yet I cannot expect from others to do the same!

So the wisest thing is to be surrounded by those who understand you and care enough to talk to you with respect.

Lesson #1 learned: Despite of mistakes and/or having an opposite perspective or thoughts, you are entitled of both

Lesson #2 learned: You have the right to apologise or not.

Lesson #3 learned: Do not let anyone make you doubt yourself because they fail in understanding you.

Lesson #4 learned: When you are passionate about something you are in it with mind, spirit and soul.

Lesson #5 learned: You are who you are, own your identity, you don’t need anyone to approve it.

Lesson #6 learned: Some people take advantage of signs of weakness, show strength by focusing on those who believe in you.

Lesson #7 learned: This life is too short to be putting up with other’s BS. You have your own and that’s more than enough!

Writing this article has been quite hard. I honestly wasn’t sure what to do, I thought to myself “what if they read this?”..

But I know that some people might be going through something similar.

By sharing my experience and my learning I hope to be giving some courage and strength for those who need it.

For those that want to stand their ground and to say “Enough is enough!”

Yes, they might be reading this and going ballistic but as Taylor Swift says: “Haters gonna hate hate hate hate.. I’m just gonna shake shake it off!”

When was the last time someone made you unlike/doubt yourself and what did you do to stay true to yourself?

I’ll be more than happy if you could share your story and let another human being that they are not alone!

Comment below and share the love by sharing it across any social media in the end of the article!

With light and joy,

Signs of being overwhelmed

Live #Motherhood to the fullest! 💖 My name is Diosa & my soul work is to #Empower #mothers and support them during their awesome #Journey! 🌍 Promoting PositiveMindset ✨ For more info please click on my ABOUT page!

Check out how much moms like YOU do with this map. Plus extra TIPS on how to get better care of yourself.