Here’s your 7 Why’s Manifestation is RESISTING if you are still waiting and wondering when success is finally coming. I’ve got your attention with this one right? Without further ado let’s get to work!

Remember Gandalf against the Balrog in the Moria Bridge scene on The Fellowship of the Ring?

Sometimes even though we are determined to move forward and we have the desire to change things for the better, it’s resisting. It’s not happening. Something is stopping you on moving from where you are.

You wonder what’s this resistance, could it be that you are hesitating for some reason? Maybe a limiting belief?

There’re many culprits to this, and acknowledging them not only will help you to get more clarity but also some wisdom.

Opening up and being honest about not only your strengths but weaknesses too, will make you stronger in the long term.

So what are those culprits you may ask? I’m going to name a few and the most common ones:

In this post I’m going to focus on the first three to give you more insight about them. I hope it’ll help you to recognise what you are feeling and therefore, what to do next in order to move on.

I mean the Greek titan, not the book (which I believed is named after the titan).

Who is Atlas? In Greek mythology he was a titan condemned to hold on his shoulders the celestial realm.

So you can imagine what it means to hold the world on your shoulders.

Overwhelm is not just some mild unsettling feeling, if let to be unchecked and not taken seriously it can lead to disastrous consequences.

I don’t like dwelling too much on the negative so I’ve kept it short. But if you want to know a bit more about Overwhelm, I’ve written a post about it in my post “Signs of being Overwhelmed”.

How did you get there? Most probably because you are doing/taking in too many things at the same time without taking into consideration that you are no Titan.

Does the following sound familiar?

“I can hoover while I’m reading, and keeping an eye on baby”

“So many tasks but I can handle everything! I’ll be alright”

“I don’t need to sleep that much. I’ll rest on the weekend an hour or so between jobs, I should be fine!”

Honestly, I was getting stressed by typing this! At the same time, I embarrassedly admit I sometimes do that, especially weekends.

You cannot do 100% of everything AT ONCE. There’s only one you, and you need to divide your attention and dedication when multitasking.

One effective and straight forward advice I can give you now: Do one thing at a time and take a short break away for ten minutes every hour of work! The word here is PRIORITISE.

And by the way, checking your phone is NOT a break! I mean a MENTAL BREAK. RELAXATION.

Being honest with you, Doubt is EXHAUSTING and also FRUSTRATING! And I don’t mean the occasional “White or Blue shirt with these trousers?” kinda question.

I mean the long and almost never-ending internal-emotional tennis game that you send your confidence or pride back and forth.

You are trying to convince yourself you’ve got it then seconds later fear kicks in and you retract and get back to the shadows.

The problem with this internal battle is despite to be internal, it CONSUMES a lot of energy.

You can easily underestimate the quantity it consumes! I cannot tell you how much but just imagine what you could have done or accomplished with it instead.

Also, have you noticed how exhausted you are after? If you cannot get up the couch or bed, and feel like hiding indoors then it’s a sign you’ve used a huge amount of energy.

Correction, you haven’t used it, you’ve WASTED IT.

My advice? First, own the fact that you are not perfect. Second, if you initially felt excited about it then you were right, whatever doubt came after was probably a limiting belief.

WHENEVER DECIDING WHAT TO DO, ALWAYS FOLLOW THE INITIAL EXCITEMENT. IF THERE WASN’T ANY THEN DON’T DO IT!

What do I mean with that? Well, sometimes we have these moments of “Yes! Let’s do this!” but then doubt challenges us.

Inside each of us our deepest desires are trying to reach out telling this is the way. Limiting beliefs that we have in place kicks in to “protect us” trying to convince us it’s a bad idea.

It doesn’t like us to get out of our comfort zone, it wants to protect us from getting hurt because it’s scared of the unknown.

Next time, when decisions come, check that you had that initial openness and joy or excitement. Nothing that starts with fear or a feeling of wrong goes well.

Have you ever experienced a day with fog, with a low and dense fog so thick as if it was snow? You had your friend a couple of feet away yet you barely see him but just a hint of his body shape? 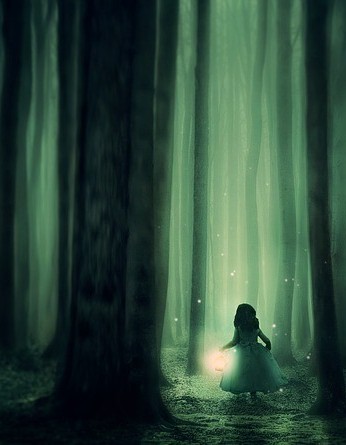 What was the feeling? Did it feel freaky as if you were in a horror movie? Were you scared that something would pounce at you or that you would fall off in some ditch?

Changes are pretty much something like that, it’s in our human nature to have some resistance to it.

Why? You may ask. We are all, to some degree, scared of the unknown.

Fog is a very well-known metaphor for that, pretty much because you cannot see what’s behind it. It’s also used for the leap of faith metaphor.

However, even though we might not see what’s further away from that wall of fog, doesn’t mean there’s nothing. Doesn’t mean we are lost either.

In life we need to keep going, even if we decide to stay still, life around us will still keep going.

Changes are unavoidable. It’s up to us to take the reins and get something out of it.

Knowing this, it puts you in a whole new perspective where hopefully will give you a little push to try out something new or different.

“The definition of insanity is doing the same thing over and over again, but expecting different results.” Albert Einstein.

This phrase above sums up everything! So my take on this is that by EXPERIMENTING, FAILING, and TRYING OUT NEW THINGS we are creating our path to success.

And yes, Failure is part of this process.

Without Failure, you don’t learn. We only really learn when we feel the pain in our bones.

Next Post I’ll be telling you about Fear of Failure (exciting), Fear of Success (a very interesting one!) and Dependency (a very well-known one).

This post has been a long one and I’m sure you have learned a thing or two. If not, I hope that at least it brought a twist or broaden your take on those subjects.

Let me know in the comments if there’s something you would like to add, any questions, or if you want to share your experience with any.

Keep an eye for the second part very soon!

With Light and Joy,

Cut anxiety off with this four points system

The Art of SELF EMPOWERMENT

5 reasons why we suffer Comparisonitis

Live #Motherhood to the fullest! 💖 My name is Diosa & my soul work is to #Empower #mothers and support them during their awesome #Journey! 🌍 Promoting PositiveMindset ✨ For more info please click on my ABOUT page!

Check out how much moms like YOU do with this map. Plus extra TIPS on how to get better care of yourself.